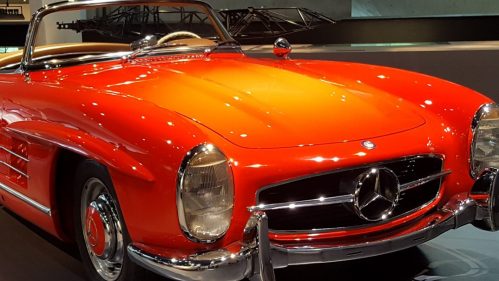 Now you’ve visited Ludwigsburg Residential Palace  and are in the mood to be amazed by something more technical? No problem. Half an hour away from Ludwigsburg is the Mercedes-Benz Museum in Stuttgart.

German cars have gotten some negative press, lately, like VW’s emission cheating scandal or the debate about older diesel cars and their incompatibility with German air pollution standards. But, after all, it was  German mechanical engineer Karl Benz who, in 1885/6, designed and built the world’s first car powered by an internal-combustion engine.

You can see a replica of his invention at the museum, among other legends on four wheels.

The place itself is a cool construction, and very kid friendly, too: The kids can get behind the wheel of some of the cars themselves, for example. 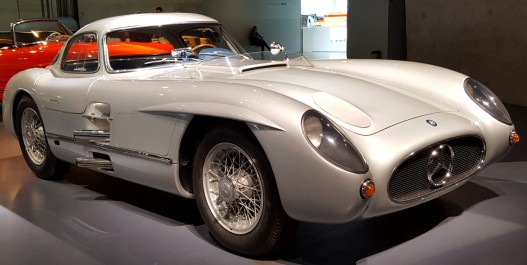 The museum even has an event called “Cars & Coffee” – where Mercedes owners can bring their classic cars and bathe in the admiration of other visitors. Just like “Katie’s Car & Coffee” in Virginia, I guess. This year’s season of the event at the museum ended in September, though.