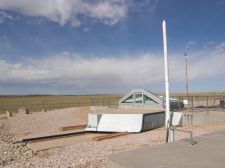 More than 500 airmen work in shifts underground – and the ICBM-guards get bored, as Walter Pincus from the Washington Post writes. That’s understandable, because besides waiting, there is not much to do. So it is surprising, that 34 ICBM launch officers cheated on their monthly test rather than using the time to study.