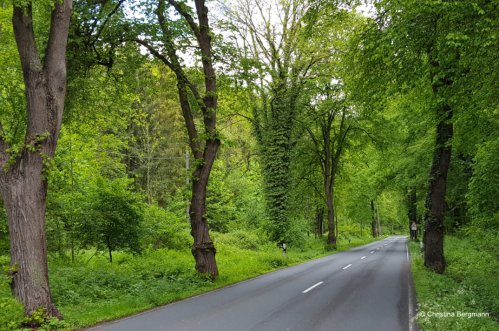 With all the news about violence and hatred and crime, it is good to remember that – at least in our part of the world – violent behavior is the exception, not the norm. And that, contrary to what we are often told, people are usually not planning to harm us. On the contrary. They are willing to help, or just need help themselves. I’ve made this experience twice in the last couple of weeks.

About three weeks ago, I was going to the movies in Bad Godesberg. A place where, I was told when I came back to Germany three years ago, I should rather not look for an apartment. Too many foreigners, I would not feel safe on the streets – especially as a woman.

I still like the movie theatre there, though. I had already purchased a ticket online. I went there right after work and I had only a little cash in my wallet. I had meant to get some during the day, since in Germany cash is often your only option. But I was busy, so I forgot. Since it was the opening weekend of the Avengers movie, the usual parking garages were full. I parked my car in a garage a bit further away from the theatre.

I rushed to the movie theatre, quickly got a sandwich and some ice cream, paying with the little cash I had left. Big mistake. When I came out of the theatre, a little before midnight on a Thursday, the streets were deserted. At the parking garage I realized: the machine would only accept cash. I had 5 Euros left. But to get my car out of the garage, I would need 9 Euros.

The ATM at the bank around the corner was no help: closed outside of office hours to prevent vandalism. Great. Now what? Midnight was almost here. I was alone on almost deserted streets in a town where was told I would not even be comfortable in broad daylight.

I decided to walk back to the movie theatre, maybe someone there would help me out. In my head, I was already calculating other options.

A few steps away from the parking garage, I saw a restaurant that was about to close. “Damaskus Haus” it said in big letters, obviously an Arab restaurant. The cooks were cleaning their equipment in the open counter kitchen, and someone at the cashier’s desk was wrapping things up, too.

Without much hesitation, I walked in. I told the man at the cashier’s desk about my problem:  “If I pay with my debit card, will you give me cash?” I asked. He was shaking his head – “Sorry”, he said, “but that does not work.” And added: “How much money do you need?” “Ten Euros would be fine”, I replied. And without hesitation, he pulled a 10-Euro-bill from the register and handed it to me. I was stunned.

He was not asking for my name, and he didn’t even want my card. “It’s ok”, was his reply, and when I told him I would surely be back the next day, “No need to rush.”

Five minutes later, I was pulling my car out of the garage and was on my way home.

Of course, I was back the next evening, handing him a little gift together with a 10-Euro-bill. And I stayed for a delicious dinner, and was treated like a special guest, with starters and dessert on the house. Ziad Badria, the man who had saved me the other night, turned out to be the owner of the restaurant. He told me: “I’ve had the same experience, in Cologne: the car in a parking garage, and no cash. So, when you walked in yesterday at night, I remembered how it was when I was trying to get cash, and of course I had to help you”.

Needless to say, Mr. Badria and his restaurant have a new fan.

I was thinking about Mr. Badria’s words and good deed on a rainy Sunday morning a week ago. I was in my car, just at the beginning of the Schmelztalstraße, a long and steep road at the end of Bad Honnef that would take me to the top of the Siebengebirge to take a walk with my “god-dog” Sandy, when three young men on the side of the road – walking uphill – were turning towards me. One of them was giving me the thumbs up. Hitchhikers. It was Sunday morning. Not many cars were on the road. It was cold and drizzly. If they wanted to walk all the way up to the next village, it would be a long and uncomfortable walk. I thought to myself, “Never pick up a stranger”, is the rule. Well, I was about to pick up three.

I stopped. They came running towards the car. “Where do you want to go?” “Up the hill”, was the answer. I literally told them: “I should not do this, but oh well, hop in.”

Three Guys With a Broken Car

Turns out, they were from Switzerland. Three nice young men in their early twenties. They had been on their way back from a vacation in the Netherlands the day before when their car broke down on the highway. They had spent the night at the youth hostel in Bad Honnef. Their car had been taken care of and was waiting for them at the rest area at the highway. Uphill, about 20 kilometers (about 12 miles) away from the hostel. “We have to go home and go back to work tomorrow, you know”, they explained.

I was in no rush – so I told them I would quickly get some gas, and then I would take them to the rest area on the highway. Their car was there. They apologized for not having any cash and not being able to give me some tip, but I would not have accepted it anyway. I told them that I have a son their age living far away, and that I just hoped that if he needed help, someone would be kind, too.

And with that, I was on my way.

When I arrived half an hour later at the place where my god-dog was waiting for me, it had stopped raining. So her and I took a nice little Sunday walk. And we both were in a very good mood.