Have you ever been to a light show at a castle, at night? Well, this evening is your chance at Schloss Drachenburg. There is also next weekend, when the castle again will be lit in beautiful colors. If you miss it, just come back next year…

Because it’s totally worth it, and really enchanting.

Contrary to Neuschwanstein, which is world famous but has also never been more than a tourist attraction, Residenzschloss Ludwigsburg – Ludwigsburg Residential Palace – is the real deal, as far as German castles are concerned. Kings, queens, and princesses have lived here.

At the beginning of the 18th century, Eberhard Ludwig (Louis), the Duke of Württemberg, felt he needed a place that suited his rank. First constructed as a hunting lodge in 1704, the building soon grew in size and splendor. When the Duke moved in, in 1718, for a short time, Ludwigsburg instead of Stuttgart even became the capital of the state.

Some of the Duke’s successors would later spend some time in the castle, using it as a summer residence, throwing pompous parties with fireworks, ballet and opera performances. All together, there are 452 rooms, 18 buildings, three courtyards and  beautiful parks and gardens, blending three different architectural styles: Baroque, Rococo, and Neoclassical. So there are plenty of stories to tell – and a lot of ground to cover. After all, the Ludwigsburg Palace is one of the largest Baroque buildings in Europe to survive in its original condition.

There are two tours available in English, and you have to decide whether you want to check out the rooms of the male inhabitants – King Frederic I and the Duke – or the female ones: Queen Charlotte Mathilde and Hereditary Princess Henriette Marie. Or you stay for two days and take both tours, since there is also the Ceramics Museum, the Fashion Museum, and the Blühende Barock, the permanent garden show with its flowers and the fairy tale garden where kids can meet Rapunzel, the Frog Prince, and other famous fairy tale characters. 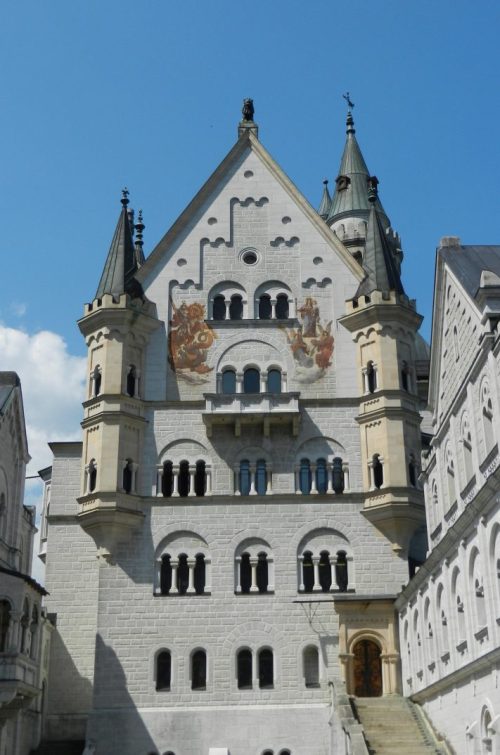 Germany is know for its castles – and especially, of course,  Neuschwanstein. With its delicate white towers and steepletops, it does look like a castle right out of a Cinderella movie. But did you know that no one actually lived there – ever? King Ludwig II started planning the castle in the late 1860s, the foundation stone was laid in 1869. But the construction took forever, and when the King died under mysterious circumstances in 1886, the castle still hadn’t been finished. It was opened to the public soon after his death, as a tourist attraction.

King Ludwig did live, however, in Neuschwanstein’s sister castle, Hohenschwangau. It is less known, but if you are in the area, why not visit both castles? Make a reservation for your tickets well in advance, because they are in high demand. That way, you know the exact time of the visit. You still have to pick up the tickets on the day of your visit, though. So make sure to get there early if you’re going by car and need a parking space. And enjoy the spectacular view of the Alps.

Oh, and if you are looking for a place to stay because you want to visit the castle early in the morning, check out the hotels and vacation rentals around the Hopfensee. It’s gorgeous there.

The Hopfensee – a pristine lake not far from Neuschwanstein 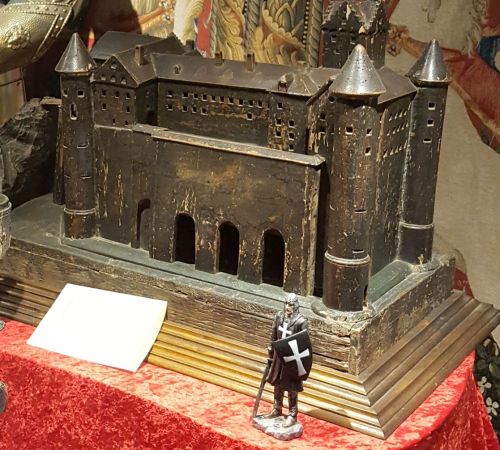 If you are visiting Lake Constance in Germany, be sure to check out Burg Meersburg, the old castle. Built in the 7th century, it features sleeping and dining rooms, a kitchen, a dungeon among other fully furnished rooms, and a tower with a spectacular view. You can tour the castle on your own and join a guided tour to the top of the tower. The castle has been remodeled many times by kings and bishops since it was first built, and people still live there today. Oh, and poet Annette von Droste-Hülshoff died here.