Warfare has always  been a driver of technological innovation, today as much as over a hundred years ago.  At that time, the Germans were seeking ways to protect themselves at the Western front, and against the newest invention of explosives: melinite, much more powerful than black powder which had been in use until then. In 1893, emperor William (Wilhelm) II ordered the construction of a fort that would withstand attacks with this new weapon. 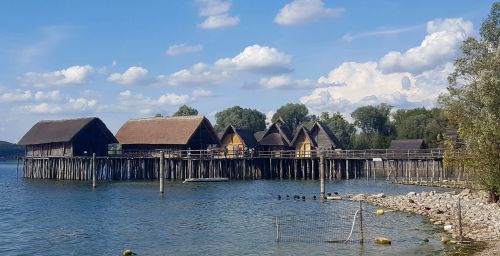 How was life in the Stone Age? What did people do all day? What did they eat? How did they sleep? You can learn all about that and much more while visiting the lake dwelling settlements in Unteruhldingen at Lake Constance. In German, they are called “Pfahlbauten” – pole dwellings – and that’s what they are. Conveniently built alongside the lake, so people thousands of years ago were close to the trade and traveling routes and would not be impacted by the changing water levels. The first reconstructions were undertaken in the 1920s and 1940, when diving techniques were much less advanced than today. Check out the different life size models of the houses that feature living and sleeping rooms, a stove and work places of people living between 4300 and 850 BC.

If you are visiting Lake Constance in Germany, be sure to check out Burg Meersburg, the old castle. Built in the 7th century, it features sleeping and dining rooms, a kitchen, a dungeon among other fully furnished rooms, and a tower with a spectacular view. You can tour the castle on your own and join a guided tour to the top of the tower. The castle has been remodeled many times by kings and bishops since it was first built, and people still live there today. Oh, and poet Annette von Droste-Hülshoff died here. 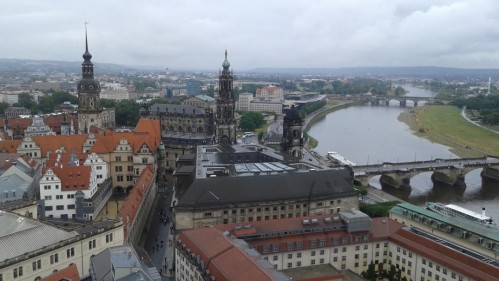 Visiting Germany this summer, I spent two days in Dresden. And although it was raining cats and dogs the whole time, I was impressed by the beautiful buildings, all rebuilt or restored after the war or even after Germany’s reunification. The Semperoper was closed, unfortunately, but I could climb to the top of the Frauenkirche. And I could marvel at the old paintings in the Zwinger. The Elbe, however, did not have enough water after the long hot summer for a boat trip. But at the Panometer, I could get an impression of how the city looked during the Baroque in Yadegar Asisi’s impressive installation.

I stayed in the charming Hotel Smetana,  and had dinner one evening at the Restaurant Stresa, which has delicious food and an excellent wine selection. 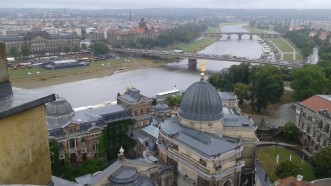 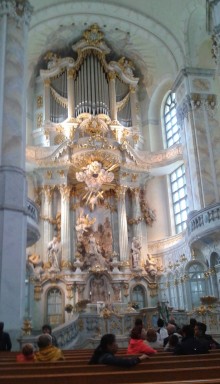 Have you ever been to the German American Heritage Museum (GAHM) in downtown DC, close to Chinatown? It’s worth a visit, and it’s free. These days, the museum is hosting an exhibition about “idealistic 19th-century immigrants who wanted to create the 25th U.S. state” – German immigrants, that is. They came from Giessen, close to Frankfurt, to Missouri. Here is the Washington Post story about the GAHM exhibit with the name “Utopia: Revisiting a German State in America“.

And while you’re at it, check out this WP article about “How to view art” by Philip Kennicott. Worth reading – and doing.

Who would have thought 25 years ago, that in 2014, Germany would celebrate it’s first quarter century as a united nation (although we still have to wait another year for the “official” 25th anniversay). On Oct 3rd, 1989, a peaceful German unification seemed like a dream that would never come true.

So let’s celebrate like on Wednesday at the German Embassy in DC,by remembering what happened 25 years ago,  like in this DW report, and with pictures from my now united hometown: Berlin. 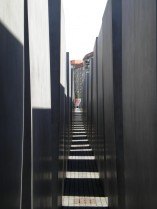 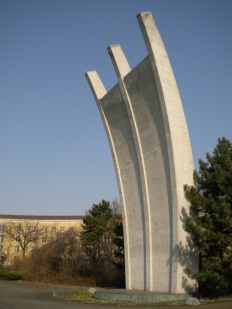 The Goethe-Institute Washington, DC has a special program about jazz, celebrating Blue Note Records: “Blue Note Records celebrates its 75th anniversary in 2014. Its roots lie in Berlin, where Alfred Lion, a teenager in the thrall of swing music, met Francis (Frank) Wolff, a young photographer with similar musical interests, in 1924. Their mutual love of American jazz fed a strong friendship. Both men moved to New York in the 1930s, where Blue Note Records was born in 1939.”.

Today, Tuesday, May 27th, Wolfram Knauer, director of the German Jazz Institute Darmstadt talked about Jaz in Germany in “Deutsch am Mittag”. Jazz in Germany, he said, became special when the musicians followed the advice on how to become a good jazz musician: “Play yourself, man” – and don’t just imitate the  Americans. Berlin is now, according to Knauer, THE European center for jazz, where musicians go, although there is not much money to earn, the “atmosphere is creative, because everybody is there”.

Tomorrow, Wednesday, the Goethe Institute will host a discussion about the Role of Music in Cultural Diplomacy and a concert with Shannon Gunn and the Bullettes Quintet.